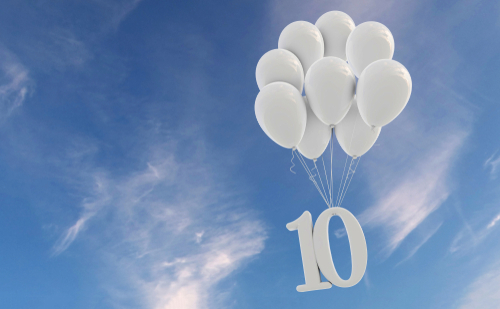 I’ve worked here at 10 Yetis for an entire decade and that means many things, but a couple in particular are worth highlighting; I’ve seen how the industry has morphed over the past 10 years from an “on the ground” position, and I’ve written thousands of press releases.

You don’t work somewhere for 10 years without gaining a good understanding of how the industry has changed since the start of your time in it; and with a sector as fast-paced as PR and marketing, it has been a bit of a whirlwind.

Here I wanted to recap the biggest industry changes I’ve noticed since 2008 when I started at 10 Yetis, directly compared to the current set up in this day and age; and, boy, have there been a lot of them.

At the beginning of my career, I remember the excitement of securing a double page spread or even a news-in-brief slot for a client; and their happiness about our success reflected our glee. There was something about holding that big piece of coverage in your hands and knowing that you were responsible for the story being read around the country.

I’m talking as though print PR has died out completely and teams shouldn’t focus on it anymore, but that couldn’t be further from the truth. Of course, you still get that buzz when you land a good piece, but the focus has certainly shifted to a far more digital PR approach across the board. And whilst there’s certainly still merit in print coverage in terms of brand awareness and a knock-on effect to sales, the dominance of digital in terms of both value and potential reach is unavoidable.

Now, 90% of the PR briefs we receive from clients have search engine optimisation as a focus or key performance indicator (KPI); and most of them don’t even touch upon print coverage (although we do still target newspapers and magazines, because we know that this can lead to much sought-after online coverage too).

10 years ago, “does it have a link?” was a phrase you’d scarcely hear in this office; now, it’s muttered optimistically several times daily. Back then, I didn’t even know what domain authority was, or search engine optimisation (SEO) for that matter; that probably came around a year or two into the job when it became more important and started to really mean something in terms of our results and what clients wanted.

In that sense, we were always one step ahead of the curve in terms of putting digital at the forefront of our activity and advising clients of its benefits. It still surprises me how many agencies and PR people aren’t focused on link building and the SEO benefits of PR; and many clients also touch upon how previous agencies didn’t “get” this when we first start working with them.

Over the last decade, the number of journalists writing for a publication has generally shrunk a fair bit. The reasons for this vary from title to title, but largely it’s been to do with budgets being cut, more journalists deciding to go freelance and some writers opting for a career change to dodge poor salaries and fierce competition for the job roles that are left. Many jump ship to a career in public relations, whilst others move out of the media and marketing field entirely.

News consumption has moved drastically away from actual news outlets and onto social media platforms in recent years, with many getting their news via sources such as Twitter and Facebook instead. Last year, an independent review into the future of quality journalism in the UK (chaired by Dame Frances Cairncross) found that the number of full-time journalist jobs had fallen by 25% since 2007. It also revealed that, in the last 10 years, total press industry revenues have declined by more than half and that a quarter of all regional and local newspapers have closed.

This hasn’t made the job of PR teams any easier or harder, necessarily; in many ways, having fewer journalists to target has meant that we have to craft our pitches even more concisely and thoughtfully than ever. Time-pressed reporters need to be able to rely on us for good stories and they willingly accept far more pre-written features than they did 10 years ago when I started out.

One challenge of smaller journalist teams is that media meets are harder to secure. 10 years ago, I could take a client down to London for the day and get them in front of 8-10 journalists in a single day (hello three lunches!); now, you’re lucky if you can get two journalists to agree to meet. They do not have the time and just want you to cut to the chase via email. What can you do for them and what can they do for you?

One of my top pieces of advice given this shift over the last 10 years is to get to know freelancers and learn to work with them in an effective way, as they can help to make your story a success. Furthermore, do not underestimate the power of social media as a key element of your campaign and a much-needed bolt-on to your idea.

We’ve already covered off the digital shift that’s happened over the last 10 years, so the inclusion of SEO activity in day-to-day PR work now is a given. However, PR now encompasses so many different disciplines that it could do with a bit of a re-brand.

Most PR teams now have at least one or more of the following falling under their remit:

Everything is much more cross-platform in PR these days and, trust me, that’s a good thing.

10 years ago, it was pretty tough to try to prove to a client that PR was the reason for any success they were experiencing, such as uplift in sales. Now though, there are a number of robust tools about and methods that PR teams can use to prove their worth.

KPIs still vary wildly from client to client; some want a certain number of links per month, whilst others focus on the quantity of coverage and the rest opt for quality over volume. Whatever the case, plugging into a client’s Google Analytics can show which pieces of online coverage drove the most traffic, or sales, and platforms like Moz can help you track the SEO benefit of online results and links, such as do follow/no follow link status and domain authority.

Even the simplest of things, such as tracking print coverage, have become easier – thanks to media monitoring firms like Kantar. I kid you not when I say that my first gig in a press office (work experience, of course) involved manually flicking though newspapers to look for mentions. Thank God those days don’t exist anymore. It’s unlikely now for a PR team to miss pieces of coverage they might’ve achieved for a client and with journalists not having enough time now to tell you if they’re running something, this is key.

The kind of stories that get really, REALLY good coverage have changed. A lot. 10 years ago, a quirky survey that didn’t say anything particular ground-breaking could be enough to hit to big time in terms of media mentions.

These days, those same stories just don’t cut the mustard. PR teams have no choice but to place really strong and engaging content at the heart of their campaigns, or risk their story failing miserably. Whether that content is in the form of a stunt, video, photos, an infographic, or a widget/online tool of some kind is up to them, but it has to be strong.

If I reeled off every single change in the world of PR over the last 10 years, you’d be stuck reading this for the next 10 years; so this feels like a natural place to end this.

What other changes do you think have been most apparent over the last decade? I’d love to hear your thoughts, so tweet me @ShazzaYeti, or comment below. 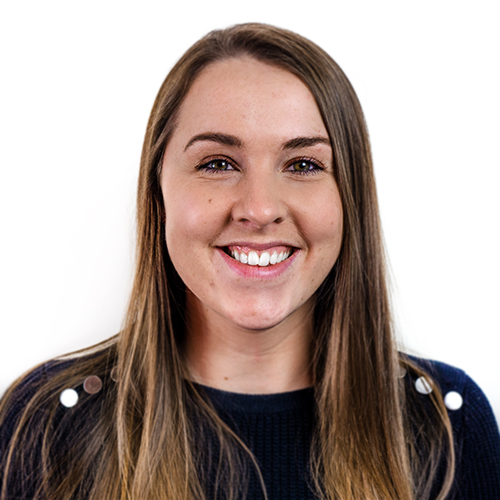 Shannon is Managing Director of 10 Yetis and has been with the agency for over a decade, since 2008. She has been instrumental in the growth of the agency and has worked on every major client account that we have ever won. Shannon has devised and executed award winning campaigns for the likes of carwow, confused.com, Wish.co.uk and TotalJobs. She is a true industry pioneer and always relishes any challenge.