HOWEVER, there are occasions when negative press can really benefit a PR campaign and cause it to blow up in a good way, so I have decided to write a blog on it – looking at why this is and examples of brands that have benefitted because of it.

How negative press can help, not hinder, a campaign

Companies will rarely go about purposefully trying to generate negative publicity, but those that do tend to do so in order to cause a bit of a stir and gain some brand exposure through that method.

It’s certainly a risky strategy, and there is a thin line between being controversial and being offensive, and too much of the latter can be extremely damaging to a brand. However, a campaign that is controversial without being offensive is guaranteed to pick up attention from the media – both negative and positive – and can help a story go viral.

Negative press can also help a campaign depending on the source; if a PR campaign is getting berated by well respected, reputable sources then it can spell trouble for a brand, but if it is receiving stick from sources that are generally not well-liked (e.g. Piers Morgan), then it can actually benefit a campaign.

Every PR campaign will have specific goals or KPIs by which to measure them, so their success is usually dependant on this; therefore if your target is to drive more coverage in order to convert sales, and you achieve this with a controversial campaign that gets nailed by the press, then mission accomplished.

Below are a few examples where brands have benefitted from the negative PR they have received for a campaign:

Britain is a nation full of differing opinions; whether that be which football team you support, what you call a bread roll or – er – whether you did that one thing or the other thing. One topic in particular that polarises Brits (no, not that one) is veganism. Vegans tend to disagree with the ethics of carnivores, whilst meat-eaters tend not to understand – and in some cases downright despise – vegans.

Therefore, it came as no surprise that there was uproar when the nation’s favourite bakery brought out a vegan sausage roll. Welcomed with open arms by many, the anti-vegan mob – led by Piers Morgan – were quick to curse the invention to damnation, slating the company for giving in to ‘snowflakes’ and ‘eco-warriors’.

The result? Greggs’ profits rose by 52% in the 26 weeks following the launch, allowing them to share a £7 million pay-out bonus with its staff; I think they all owe Piers Morgan and the h8ers a drink.

Unlike Greggs’ vegan sausage roll, this next campaign had no respect or class, and was rightly slandered for it. The advert featured a slim woman in a bikini with the slogan ‘Are you beach body ready?’, with Protein World’s ‘weight loss’ collection beside her. The campaign was rightly criticised for body-shaming and picked up a great deal of negative publicity as a result of this.

The result? In part due to the widespread outrage, the company made £1 million in profits off the back of this – four times more than what it spent on the ad.

Nike’s ‘Believe In Something’ Campaign

Perhaps one of the most memorable marketing campaigns of recent times, Nike braved the wrath of the President of the United States when it included Colin Kaepernick in the posters for its ‘Believe In Something’ campaign. You know the story: Kaepernick kneeled during the national anthem of each of the San Francisco 49ers games in the 2016 season in protest against police brutality, inciting massive backlash from officials in America.

Following the campaign, there was an hilariously ambitious movement from red-faced American-types to boycott Nike as a consequence of this.

The result? The ‘boycott’, which in some cases meant BUYING Nike stock to then set it alight, actually earned the company $6 billion in profit.

Nike has made $6 billion since its controversial Colin Kaepernick ad pic.twitter.com/xn3Hu8eAn1
— The Independent (@Independent) September 25, 2018

HSCBC’s ‘We Are Not An Island’ Campaign

I could hardly upload this blog without mentioning the very thing that has divided the nation more than anything else in my lifetime: Brexit. I’m not going to go into the nitty and gritty because I don’t want to get worked up and I promised myself I wouldn’t cry today.

Anyway, last year HSBC launched its ‘We Are Not An Island’ campaign in a thinly veiled nod to Brexit, and was revived last month with a TV advert featuring Richard Aoyade. The bank insists that the advert – which questions where people are actually from, suggesting that we might be all closer connected than one might think, and that this country is not an island despite isolating itself – is categorically not about Brexit, but we are not convinced.

The advert has, unsurprisingly, drawn heavy criticism from a large number (52%) of people, accusing the bank of taking an anti-Brexit stance – ‘we won, get over it’ etc. etc.

The result? Despite coming under fire, the campaign from the once-cautious HSBC got people talking, and saw its number of trades increase by around 30% following its launch.

Negative press is not a good thing, and there is such a thing as bad publicity – just ask someone like Morrissey. Being controversial in a campaign is a really good way to get people talking and get your brand out there though, but you need to ensure that your message is clear and not at all offensive. All of the brands mentioned – bar Protein World – launched campaigns that were on controversial topics, but didn’t go too far, and this is what caused them to do so well, despite their individual backlashes. 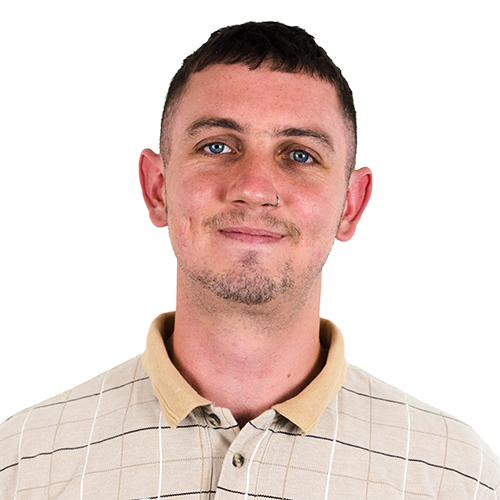 I have been a fully fledged Yeti for two years, and have successfully avoided major tantrums and tears, I'm still learning new things every single day; converting a link makes me jump up and say 'yay', I love coming up with ideas, writing blog posts and the like, On my days off you will find me at the alley bowling a strike.