Our Favourite PR Campaigns Of The Decade - 10 Yetis Insight 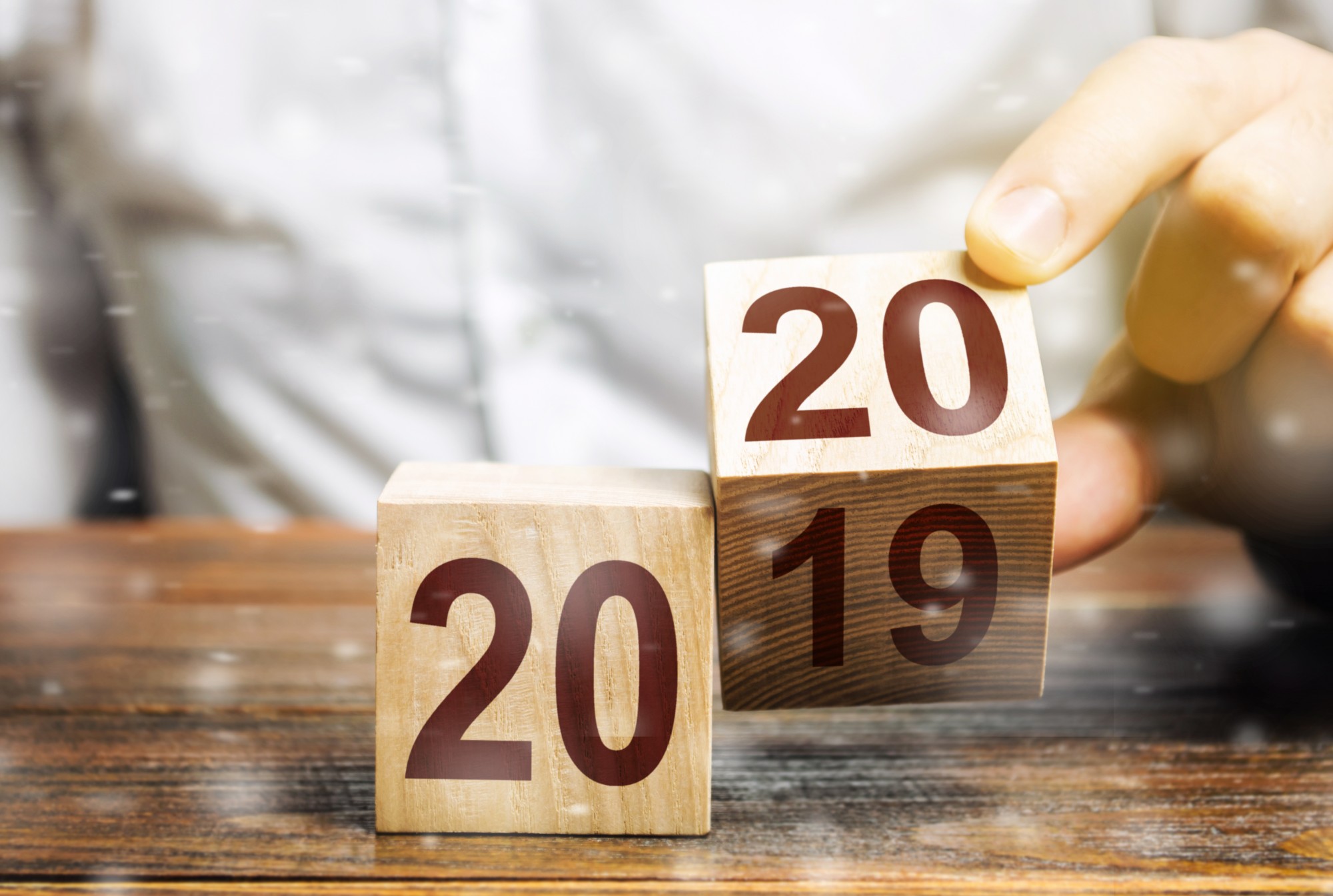 As we approach the end of the decade and welcome 2020 with open arms (HOW has it been 20 years since the millennium by the way?) it seemed to us here at Yeti HQ like a good time to reflect on our very favourite PR campaigns from the 2010’s. In true reflection, we have asked each member of the PR team - that haven’t already gone on their Christmas annual leave - to pick just one campaign from the last 10 years that made the biggest impact on them.

The team at Amazon offered Prime customers same day delivery on Black Friday via the very newsworthy and controversial method of drones. Marketing for the service claimed that the drones would be able to deliver products in under an hour, which perfectly suits the need for products fast that the brand has become so synonymous with over the years. This dominated the media landscape and secured an extensive amount of coverage absolutely everywhere.

Andy had this to say about the campaign: “When you are looking for a campaign that truly dominated the media landscape, look no further. This is probably my favourite every campaign and it was executed brilliantly. It got coverage everywhere and was perfectly timed with Black Friday, it ticked all the boxes that you would want a really great PR campaign to tick.”

Their product team tested 50,000 different concepts before settling on its latest design.

Remember that next time you get frustrated during a design review.

Not only did this look out of this world (pardon the pun) it also broke a world record and the impact this had on sales was incredible. It took a lot of courage for Felix Baumgartner to fly 39 km into the stratosphere before free falling and parachuting towards the earth. According to many reports, Red Bull’s sales jumped by 17% and they sold 5.2 billion cans worldwide in 2012, the year of the free fall. Pretty impressive.

Explaining why she loved the campaign so much, Shannon said: "I loved the way this tied into Red Bull's infamous 'gives you wings' slogan, because Felix was quite literally flying through the stratosphere. It had everyone gripped, probably due to the danger element and people wanting to see if he would make it to the ground safely. We haven't had a moon landing in my lifetime, but this certainly had another-worldly vibe about it and the live streaming of the fall was the cherry on the cake. The uplift in Red Bull's sales in the aftermath was phenomenal too, which probably softened the blow of the $30 million spend on the stunt."

During National Blood Week 2015, NHS Blood and Transplant launched a campaign to encourage those who have never donated blood before to sign up as donors. Brands, organisations and influencers were asked to remove all A's O's and B's (aka the letters that make up the blood types) from their websites, twitter handles and signage but without explaining to anyone why. After creating a lot of mystery within the media and online, it was finally revealed that the letters had gone missing to highlight the desperate need for more blood donors within the UK.

Speaking about her favourite campaign, Lauren said: “I loved this campaign for how effective it was in its simplicity. Not only did it encourage more than 30,000 people to register to donate blood at their local centre, the NHS also paved the way for other successful marketing campaigns to be utilised with the help of social media. I also don’t think it’s a coincidence that 2015 was the year that myself and many of my colleagues began to give blood, highlighting that the campaign really worked in engaging its core demographic and encouraging them to sign up.”

This campaign was so good it was launched twice, in 2015 and again in 2017! Sport England created a short film with the aim of delivering ‘a kick right in the stereotypes’. The video featured a plethora of women taking part in sporting activities and was generally an inspirational video. The campaign encouraged 2.8 million women to engage in more active lifestyles, therefore achieving their goal of getting more women living an active lifestyle.

This is why Sam loved the campaign: “What made this campaign truly fascinating is that it was first launched in response to Sport England’s Active People Survey (2014) that revealed two million fewer women were taking part in sports than men – despite more than three quarters of women aged 14 to 40 years old saying they wanted to exercise more.

“The day the campaign first aired, the hashtag #thisgirlcan was trending at number 3 here in the UK; by 2015 the gap had shrunk to 1.73 million in terms of how many more men than women exercised, reducing even more to 1.3 million by 2017; and as many as 1.6 million women stated they started exercising as a result of the campaign. Being someone that just a few years ago wanted to work out and get fit, but was nervous about how people would perceive me – in and out of the gym – and who now works out regularly, sometimes by myself (not always with a friend), this is super inspiring!

“Some of the strongest and fittest people I know are women; they inspire and motivate me all the time. I hope that many more women have other women to look up to.”

Carlsberg have a strong heritage of memorable advertising, this continued as they unveiled “probably the best poster in the world”, which was a billboard dispensing free beer. The poster offered visitors free beer and was based on London’s Brick Lane in 2015. Drinkers were limited to one beer but this was a really good campaign and secured coverage everywhere.

Here is why Harriet loved the campaign: “An absolutely amazing campaign from 2015 which lives up to its title; Carlsberg certainly outdid themselves with this stunt which uses their 'probably the best' slogan. The poster dispensed free beer for crying out loud - how can anyone leave it off a round-up of the best PR campaigns of the decade? Along with getting tonnes of coverage on publications with huge circulations like The Guardian, TIME Magazine and Metro, it also drummed up an impressive amount of engagement and interest on social media, drawing in 3 million Twitter impressions in a day. Carlsberg also later added to their reputation as PR genius in 2019 when they publicly admitted their beer wasn't the best in the world, vowing to change this with a new recipe. They completely called themselves out in a bold move which highlighted hilarious bad reviews, including how it tasted of 'cat piss'."

During the World Cup in 2018, Russia gained some surprise supporters in Paddy Power. For every goal scored by Russia, Paddy Power committed to donating £10,000 to fund causes dedicated to making football more LGBT+ inclusive. They also got Caitlyn Jenner to endorse the campaign and movement.

Here is why Calum loves the campaign: “This was my favourite campaign of the decade, because (aside from recenct bias) it encapsulated everything that Paddy Power PR is about; really cheeky, close to the bone, bound to get people talking. I love the way that they go about their business because it's always hilarious, and this particular campaign obviously ended up donating £170k towards LGBTQ+ charities, whilst giving a massive middle finger to Putin and inequality.”

In 2013, Eden Hazard infamously booted a Swansea City ball boy in order to try and speed things up because they were chasing the games. A day later Specsavers rolled out a campaign aimed at Hazard, where they highlighted what he should be kicking.

“I really love this because it was small but measured and achieved its goal of creating noise out of something that doesn’t really relate to them. It was a reactionary campaign and it was a really good example of the best ways of piggy-backing on campaigns.” 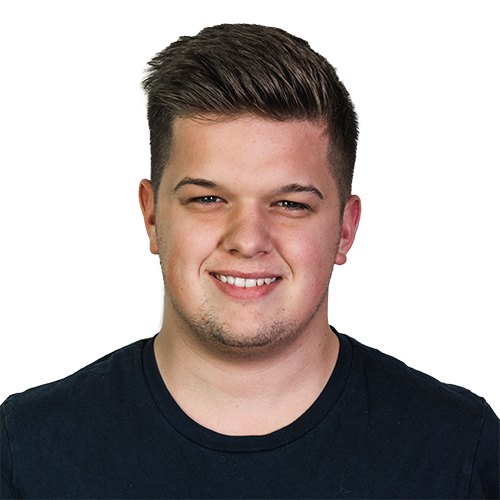