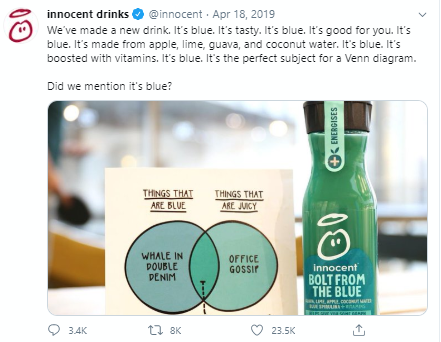 Hello and happy social media day! As social media continues to dominate the online world, and our screen time continues to go up and up (no YOU have an Instagram addiction), we thought it would be fun to share our favourite social media campaigns and moments from the last few years!

Innocent and their ‘blue’ drink

Innocent have a great reputation of being super cheeky and playful on socials, but this one came out the winner for us. Last year, they announced the launch of their new blue smoothie on Twitter. Sounds pretty basic right? Except for one small thing. It wasn’t particularly (‘actually’ may be better?) blue.

This stirred up a great fuss and started a brilliant conversation around the drink. Followed up with the involvement of Duncan James from the well-known band Blue, this campaign really takes the biscuit. It’s still not blue though.

After the death of George Floyd shocked and appalled the world a few weeks ago, Nike responded with their support for the Black Lives Matter movement on social media. Playing on their slogan “Just Do It”, this time they encouraged people to “For Once, Don’t Do It”. This simple yet effective post hit home at a key time and showed their support for the BLM campaign.

Every year as the year comes to an end, your Instagram feed and Twitter timeline will no doubt be filled with colourful little squares of everyone’s favourite tunes. This is all because of Spotify’s handy little feature that will collate all your top listened to songs and artists from that year and make them all pretty for you to, of course, share on your social media! This campaign is a great illustration of user generated content, all accompanied with a nice little branded hashtag.

In December of last year, on the day of the general election, Brewdog offered a free beer to anyone who voted! All you had to do was share a selfie outside your polling station or show your postal vote with the hashtag #VotePunk. Keeping it neutral, the brand didn’t care who you voted for as long as you voted. A great campaign that encouraged everyone to vote, all while promoting their craft beer – because really who stops at one.

Similar to Innocent, Gregg’s is another brand that really flourishes on social media with it’s tongue-in-cheek wittiness. Early last year, they launched their innovative vegan sausage roll in a satirical, dramatic video that introduced the baked good in the same fashion Apple do their new iPhones. The video – launched on YouTube – now has over 80k views. 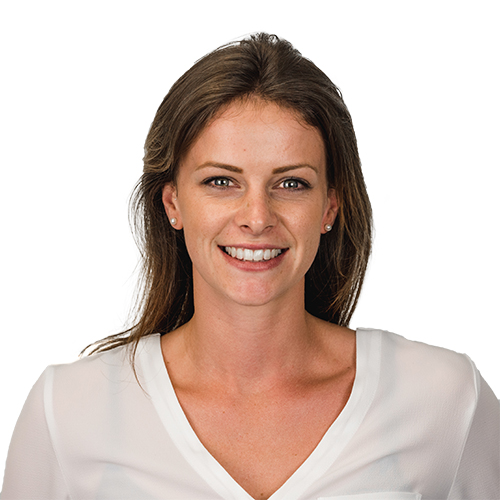 The social geek at 10 Yeti’s, specialising in advertising and overall strategy. Previously worked in-house at various companies, from B2B SME’s, to large B2C companies in sports, retail, industrial and education sectors. Can always be bribed with food, drinks, or travel opportunities.